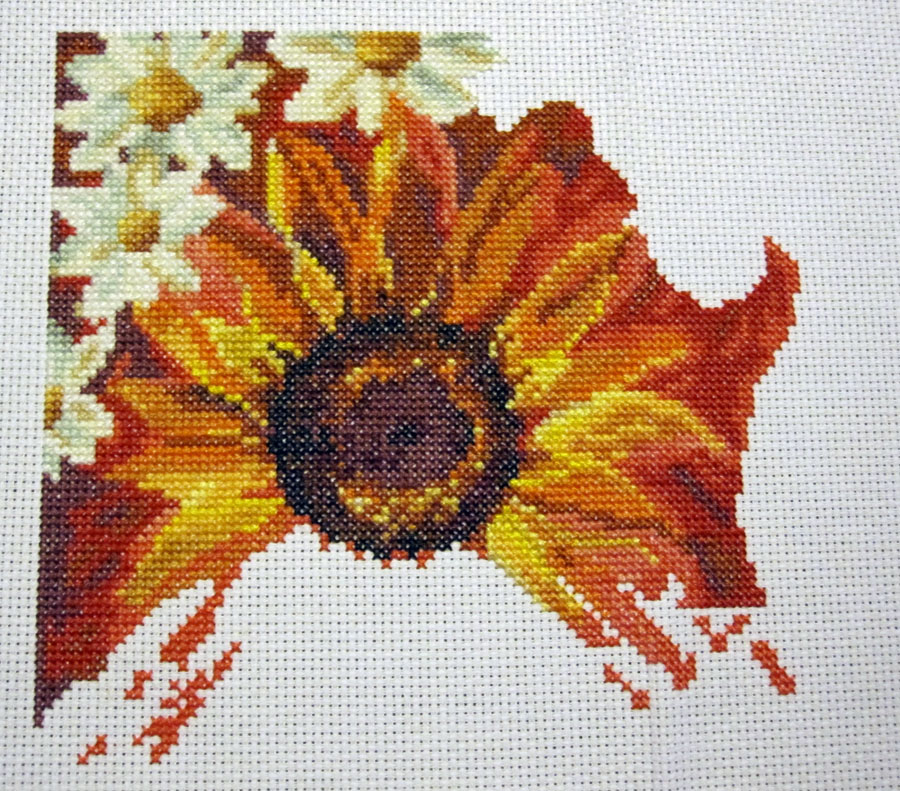 Very often with sewing I have found that it’s difficult to tell how fast a picture is progressing.  Sometimes I can spend most of the day working on something and feel like I haven’t made any progress at all.  Other times I feel like I only have a moment here and there and as if by magic a large chunk of the picture appears under my fingers.

The last time I worked on the sunflowers picture, which I have checked and it’s called Sun Kissed, I had managed to complete the centre of the sunflower.  I picked it up again on Monday as part of the rotation and in the week I’ve managed to get lots done and that’s with time taken in the week to get some writing organised.

I really love the daisies in this picture, they really stand out against the dark background.  Sometimes when stitching light colours in bright areas the thread picks up fibres from the darker colours so I had to plan ahead and get the daisies stitched first before putting the reds, browns and oranges in around them.  There are more groups of daisies in the bottom portion of the picture so I’ll be doing the same then, I have to check my counting carefully but I’d like to keep the white and creams as fibre free as possible.

Back to Fairy Tales next week and I’m looking forward to getting back to it.