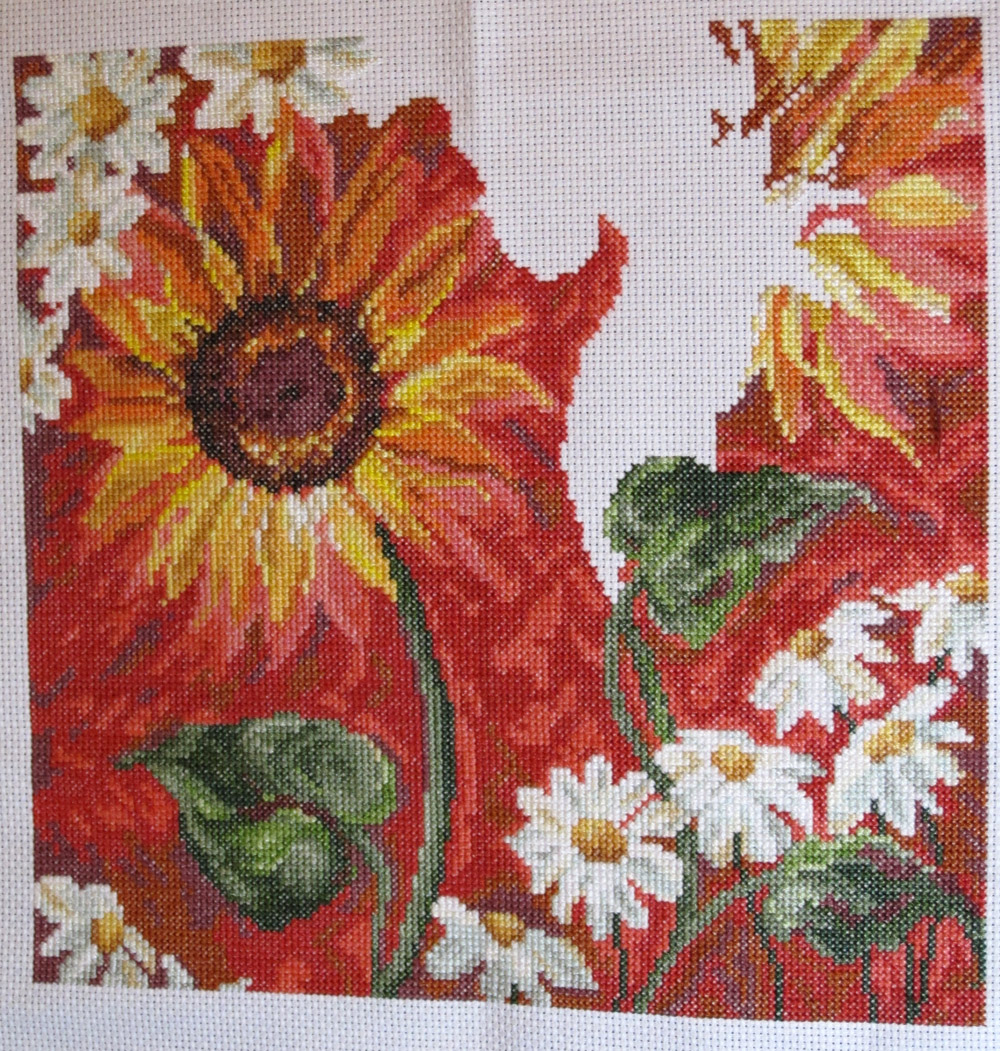 Bit of a later update than usual and I’m showing progress on Sunkissed that I only worked Monday to Friday last week.  It’s getting there now, decided to work up the right hand side and get onto that last sunflower, it’s looking at the back of the sunflower and I haven’t put the green bits in just yet.  According to the rotation rules I should have been stitching Fairy Tales last week and on with the train this week but I’ve decided to take a more relaxed rotation approach.  It wasn’t that I disliked the rotation as it was or that I wasn’t looking forward to stitching each picture in it’s turn it was more a case of feeling that I wasn’t putting enough effort in with each of the pictures.

That doesn’t really explain it properly, what I was finding was that I wasn’t leaving myself any time to do the other things I enjoy, like writing and playing computer games and I really want the time to practice drawing and painting.  There’s so many things to do and not enough time to fit it all in and I found that when I set a week for a particular sewing that was the only thing I was doing.  So the rotation has been changed and I’ll now spend a week or two on whatever picture I want – only no starting any new ones until one is done (this really is the hardest part for me, I love starting new sewings).  This way I should be a little more relaxed about taking a break more often to spend time on the other things I enjoy.

As for Fairy Tales, I picked her up again on Saturday and I’m having fun spending time on her again after the five week break she took I’ll post a picture of her towards the end of the week just before I swap over to the train again.  Although I might be tempted to sneak another couple of days on those sunflowers as I’m getting closer to getting them finished.