Some good news this week I finally framed Woodland Enchantress.  I found a place online which had just the type of frame I wanted which was a relief after the local framer I used closed down and relocated out of town.  I’ve framed my own work before so that isn’t so daunting for me and with the hard work of the frame made and the mount cut it’s just a matter of putting it all together. Grumpy Cat got shut out of the room as the picture was put inside the frame and then taken out again to remove the bit of fur that had still managed to find it’s way in.  Eventually the job was done and the finished picture finally hanging on my wall.

This week was also a week spent on Train of Dreams.  I’m having so much fun stitching this design but as the fabric is nearly 32 inches wide I had been stitching using q-snaps rather than the scroll frames I usually use.  But as a special treat and early birthday present I got a millenium frame from needleneeds, apart from being one of the few places where I could get a frame over 30 inches they also have stretcher side bars which are an excellent way to get the fabric tension just right.  They are also lovely and solid but you do need to use a stand of some sort because it would be too heavy to use any other way (the bars are 36 inches).  It took a little bit of getting used to but it does mean that I can now get back to stitching two-handed.  I could also think about parking on this one as well as Fairy Tales but I’m not so sure because I enjoy working on each individual element at a time and I don’t think the parking would really let me do that.

At first I didn’t think I was making much progress with the Train this week but I’ve done a lot more than I thought I had.  It’s so difficult to put it away at the end of it’s rotation but in a way I’m looking forward to spending some time back with the sunflowers next week.

Flosstube: Into the Sea, HEAD Challenge No. 3 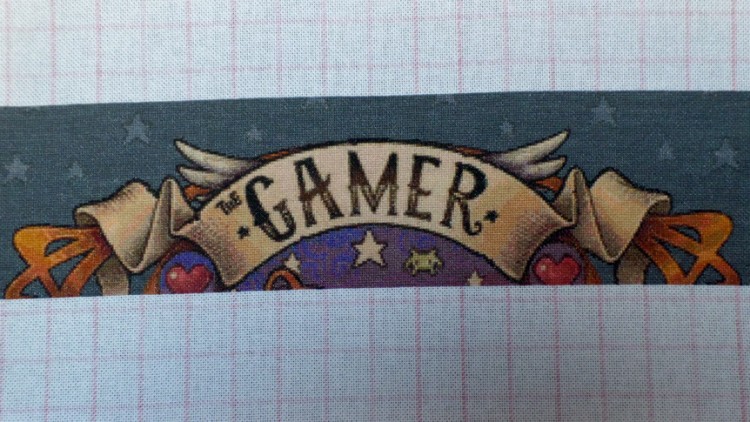