It’s been a couple of weeks since I picked up the train, mostly because I was weak and started Faces of Faery after finishing the sunflowers, so it’s been nice to spend a week on it again.  I think I got more done than I expected especially as it’s been a busy week.  The front garden seems to sprout weeds every night and now the weather has improved I’ve got to get out there and water the plants that I do want to survive.  Grumpy cat has also been in the wars, the other morning we noticed that his eyelid was swollen and he couldn’t open it properly so we had to make a trip to the vet.  Grumpy cat actually likes to visit the vet he likes the fuss and attention he gets from the nurses, he isn’t so enamoured with the scales.  His eye is looking better now, we have to give him eyedrops but he’s very good about having them put in, much better than trying to give him pills.

So in between all of that I’ve done well to get almost two columns stitched.  Most of it went very easily apart from the last little bit with the marble, it’s taken me hours to get through all of the different colours one or two stitches of each colour, but it does look lovely.  I’m going to spend another week on it, there’s more books coming into the background now and the cab of the engine to look forward to.  There’s another marble as well but it looks like it has less colours. 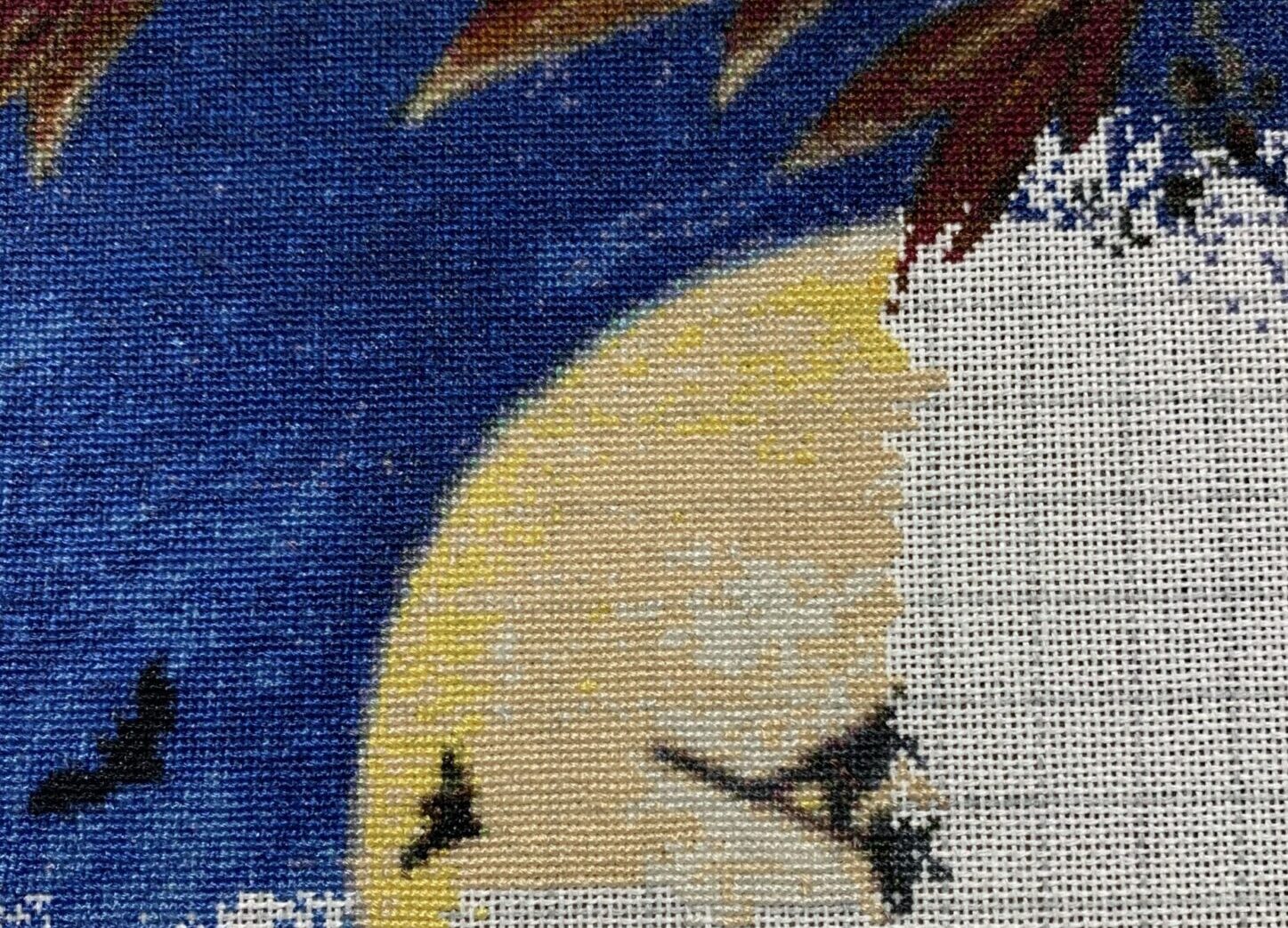