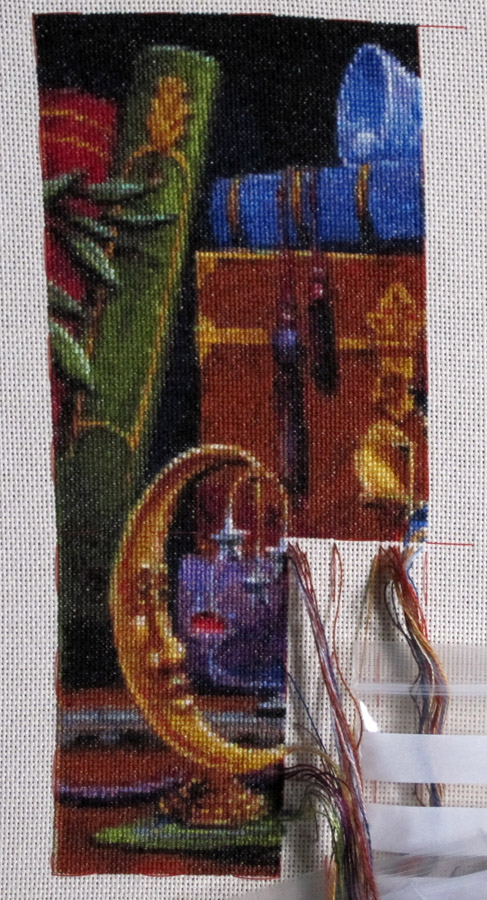 Last week turned out to be a bit busier than I had planned so not so long to spend on the Train but I still made good progress and I’m over halfway through page 10 (which is the second page I’m stitching).  The moon now has a face and is the bit which took most of the time with all the colour changes on it.  The train tracks are just behind the moon, and in the remaining three columns I’ll be putting in more of the train.  I’ve got a week of doing another picture before I spend another two weeks on the train and I’m looking forward to getting onto the next page and onto more of the engine of the train.

I should be moving onto Fairy Tales this week but I’ve decided to do a week of sunflowers as it isn’t far from being finished and stitching times in the evenings is going to be limited.  If I can spend a lot of time on it today I might be able to get some of the last sunflower done.

I’ve now completed four weeks of stitching on this picture and I’m really pleased with how much I’ve been able to get done but it’s only a tiny fraction of the whole picture;  I’ve included a picture of the full width of the fabric just to show how much there is left to do.

Giving in to temptation

Is it nearly summer?