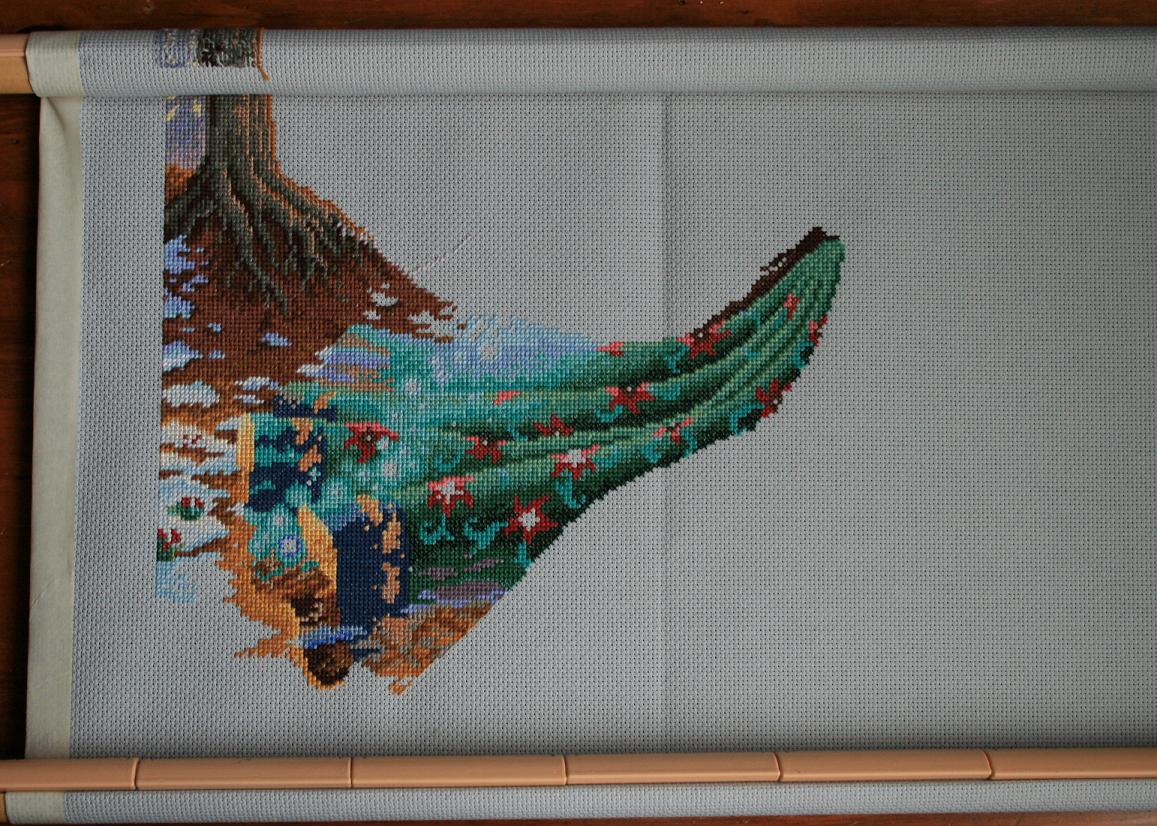 Weather has been too hot recently for spending any significant time in front of the computer, so I’ve been making the most of it and getting some stitching done instead.  Time for a latest picture of Woodland Enchantress.

I’ve been having a few problems with it, mostly on the background where it’s half-cross stitch with 4 strands of thread; one of the shades does not handle it very well at all and has been fraying and snapping it’s always just one strand of the four.  I’ve gotten around it so far by using only half a length of the thread – I usually like to use long lengths of thread so I don’t usually half them anyway – but instead of cutting them in half I’ve been taking two strands off and then threading both ends through the needle.  The bonus with doing this is that it makes a nice handy loop so you don’t have to catch the end under on the back.  I also went back to a smaller piece that I started before the sampler, I had been having problems with counting the stitches and getting two areas to link together.  The good news is that the break from it seems to have made it all suddenly clearer and I’ve got it all sorted out now.

Had a trip out on Tuesday, holiday from work this week, and spent a good afternoon getting some writing done in an air-conditioned hotel bar before going to see Spinal Tap.  Otherwise the writing has not been going too well because most of the house is too hot and stuffy and outside is worse – I’m not one for hot weather, I like sunny weather I just prefer it to be sunny cool weather than lethargy inducing heat.

The end is in sight