Backstitch is among the least enjoyable parts of stitching for me; I say among because french knots rate highly in my least liked list.  I think it comes down to knowing that the project is nearly finished I leave all backstitch, speciality stitches and beads until last they are the finishing touches and they are all that stops me starting a new project.

Despite my dislike the picture is never really finished until the backstitch is done, it adds those finishing touches that last little detail that brings the picture together and makes it clear what it is that you’ve stitched.  To show this I thought I’d take two pictures of the Michael Powell bookmark that I have just finished, one before the backstitch and one after.

There’s something about backstitch that seems to bring out the colours, it certainly adds definition.  The bookmark isn’t finished without it.  The challenge now is to make it up into the bookmark and put it to use.

Woodland Enchantress is not forgotten, she’s actually progressing very well and I’m trying not to start another small picture until the main part of the stitching is complete.

But I’m getting there you can see the bits I have to fill in now, after that it’s backstitch, couching, beading and french knots. 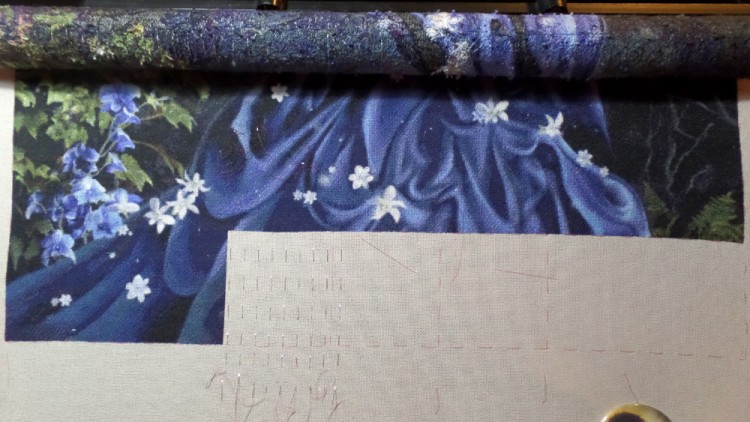 I can see a shadow