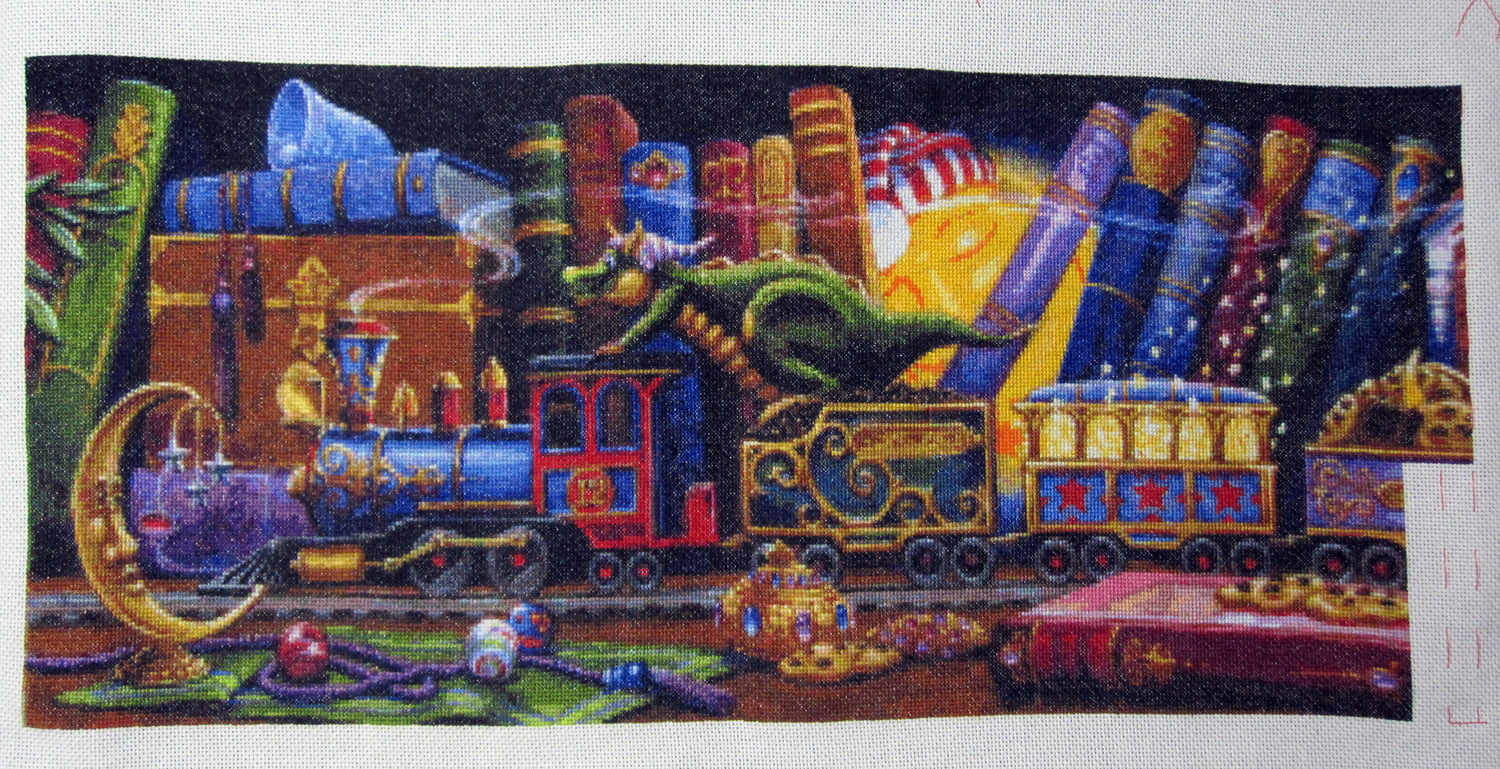 After finishing Sunny I promised myself that I’d get some more done on Train of Dreams.  I’ve managed to get most of page 14 done in a week, just two columns to do before moving onto the next page.  I like these partial pages they just seem to speed by.  I think it also helps that whilst there is a fair bit of confetti stitches on the train there isn’t so much on this page and there certainly isn’t the amount that were on some parts of Sunny so I had sped up a lot until I reached that purple carriage.  There’s a lot of colour changes on the scroll work on that carriage but it does look really nice and it has the bonus of being the same colours as those in the cookies so I can park them rather than keep finishing them off.

Once this page is finished I think I shall get started on the next page of the train rather than swap over to Whispers  for a week.  I’ve got a lot of free time so it will be nice to go straight onto the next page  and spend a good amount of time on the Train.  I’m still waiting to see what the choices will be in the next Heaven and Earth Designs stitch along, if it’s something that I can’t resist then I’d like to just swap between those charts and get the Train finished before really settling down with Whispers.  Of course once I’ve done a binge week on the train I’ll probably feel like stitching something different for a week.

Update on the Train