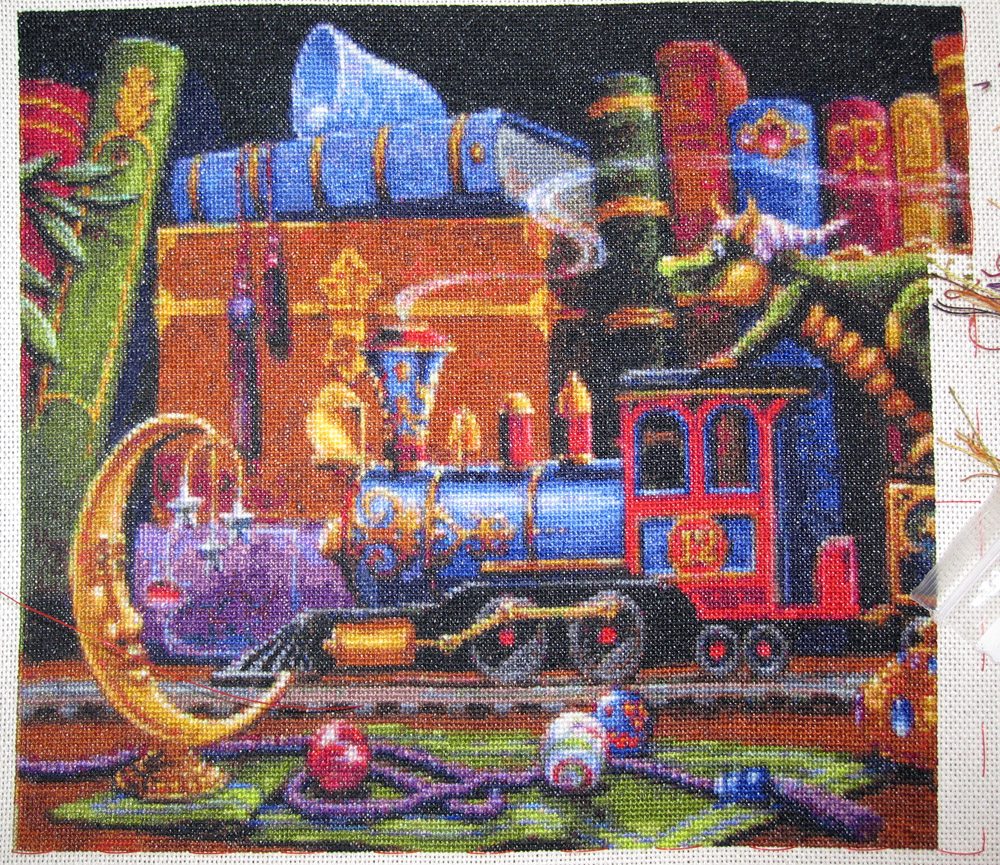 I really don’t like the hot weather and it’s been hot and stuffy here for quite long enough, which although it’s only been a week or two is still long enough for me.  It’s so stuffy and it’s putting me off my sewing so last week I didn’t get much done on the train at all.  I can’t blame it all on the weather though, I’ve had a few columns now where there’s been a lot of colour changes.  Suddenly there’s a lot of detail in the books at the back, part of which is the steam which is just beginning to form into the head of a dragon but it might be the next column before you can really see it.  Then there’s the jewelled trinket box at the bottom and the fuel cart, lots of colour changes and lots of colour changes when my head is running on slow.

I’ve also tweaked the rotation (again) I had switched to a Saturday start day but I’ve switched to a Friday because of the storykeep stitch-a-long on the heaven and earth designs forum.  I’m stitching Sunny, appropriately enough for the weather, and I got started on Friday.  I was going to take a picture of prepared fabric, sorted threads and final picture but I forgot so here’s a picture of what I’ve done so far and some of the floss bags I’m using.  I started with the flower on her hat I thought I’d get the challenging part done first, not sure I’d do the same if I started again but it’s mostly done now and I’m onto the main part of her hat which will help to fill in some of the areas around the flower.  When I’m bored with blocks I’ll go back and fill in the centre of the flower.

A break and a page finish