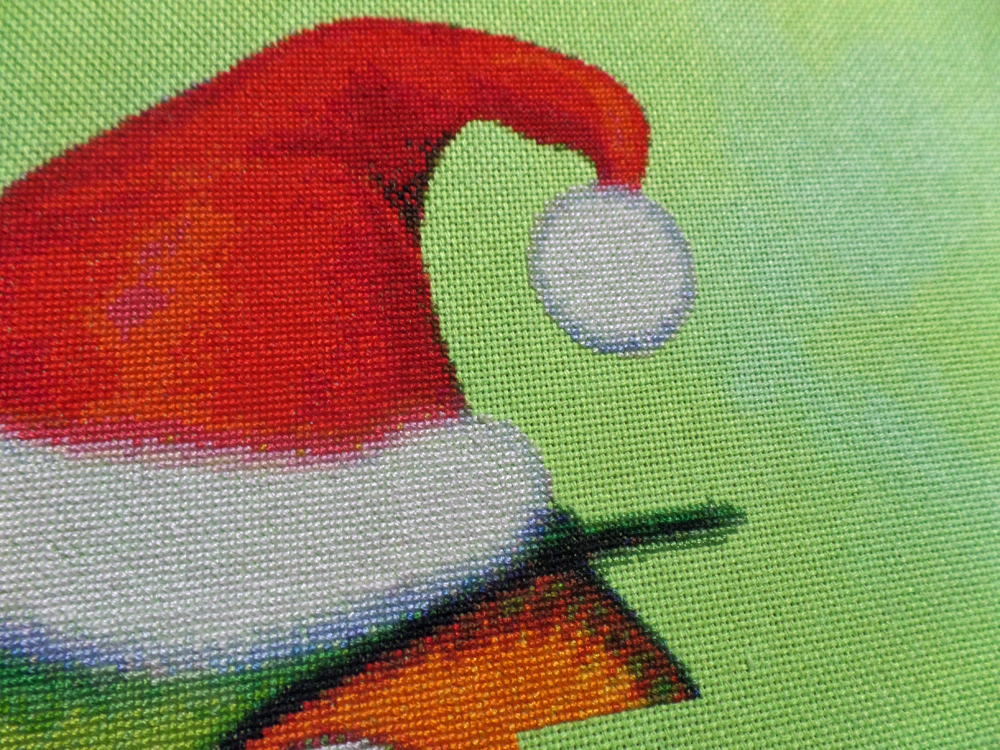 Also worked on in June was Santa Owl, I seem to have missed an update on this so he’s a little further along than last time.  He was my weekend morning project but we had a bit of a heatwave in June and my room was just too hot for stitching.  I’d previously worked on the page directly above the middle page and that was a mostly full page and mostly his hat.  Most of the time seemed to be spent stitching the endless patch of white (it’s actually 3865 Winter White) and all of the bits of confetti to make up the fuzziness.  June was spent on the part next to it where the top of the hat comes over and the white pom pom.  There was also a bit of the owl (and his eyebrow) to stitch at the bottom.