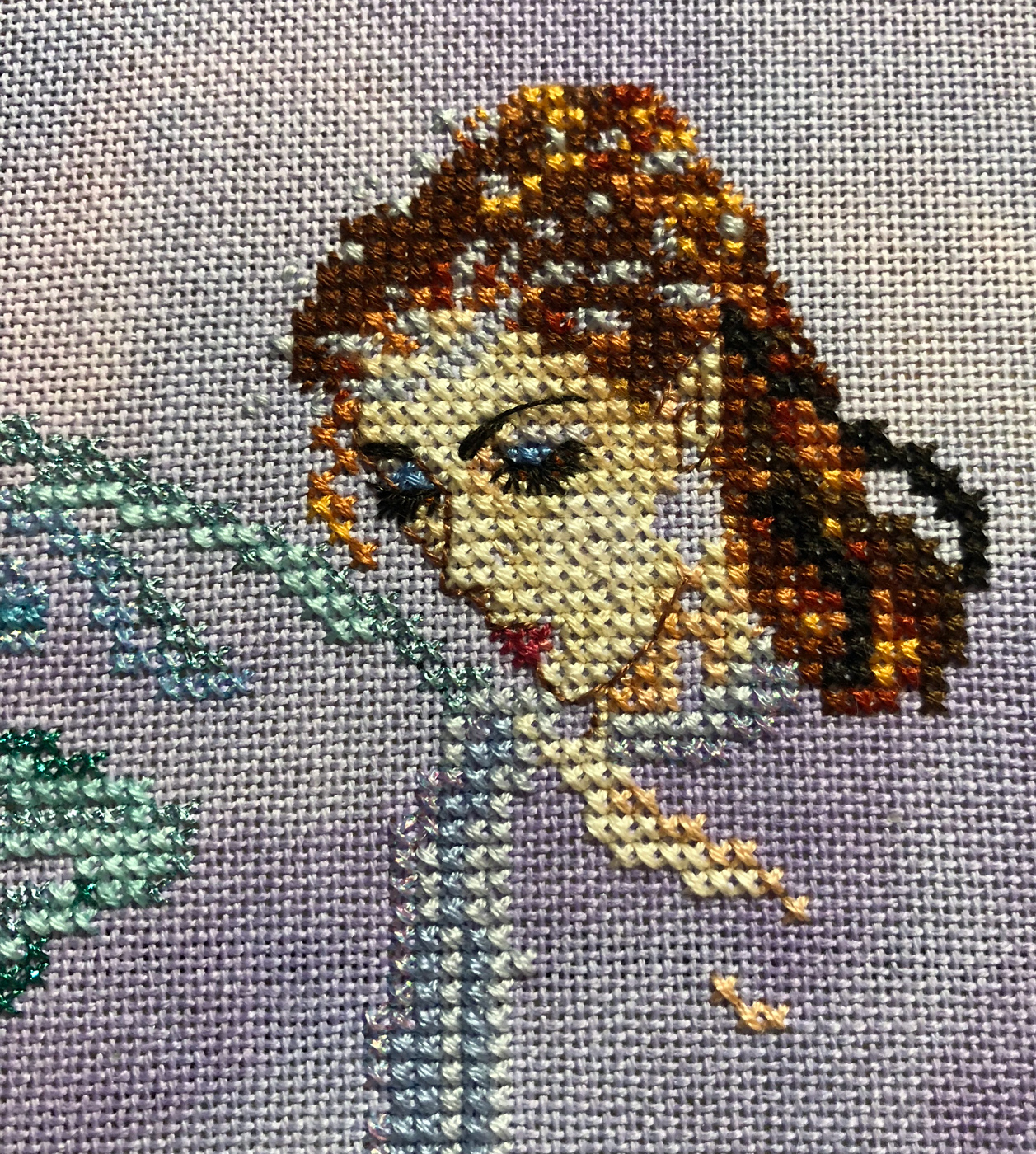 This is going to be my next ‘last week of the month’ piece. Moon Sweet Moon was started in 2017 and was the Passione Ricamo Mystery SAL. I hadn’t touched her this year until October. I had some holiday from work and decided that I would work on her in the mornings.

I had stitched a lot of the moon as well as the very tip of a wing and the top of her head. I’m always a little nervous about my counting so I decided to continue to work from the wing tip and over to her head. I breathed a sigh of relief when everything ended up being in the right place. I did the backstitch on her face as well because I wanted to see how she looked.

There is a lot of metallics in this design, I think it’s mostly metallics but they have been easy to stitch with.

I had another week off in November and d to do the same with my mornings, this time working on her arm, scarf and filling in her hair. I’m nearly done with that section and I’ll soon be making a start on her outfit which is mostly metallic threads.

So for 2019 she’s being moved to the last week of the month space. I could have used it to work on Just Be buy Story Time has shown me that it’s nice to work with bigger stitches and I have a few mirabilia pieces kitted and just needing time to be stitched. A change of pace at the end of the month might be a nice way of refreshing myself for the start of the next month 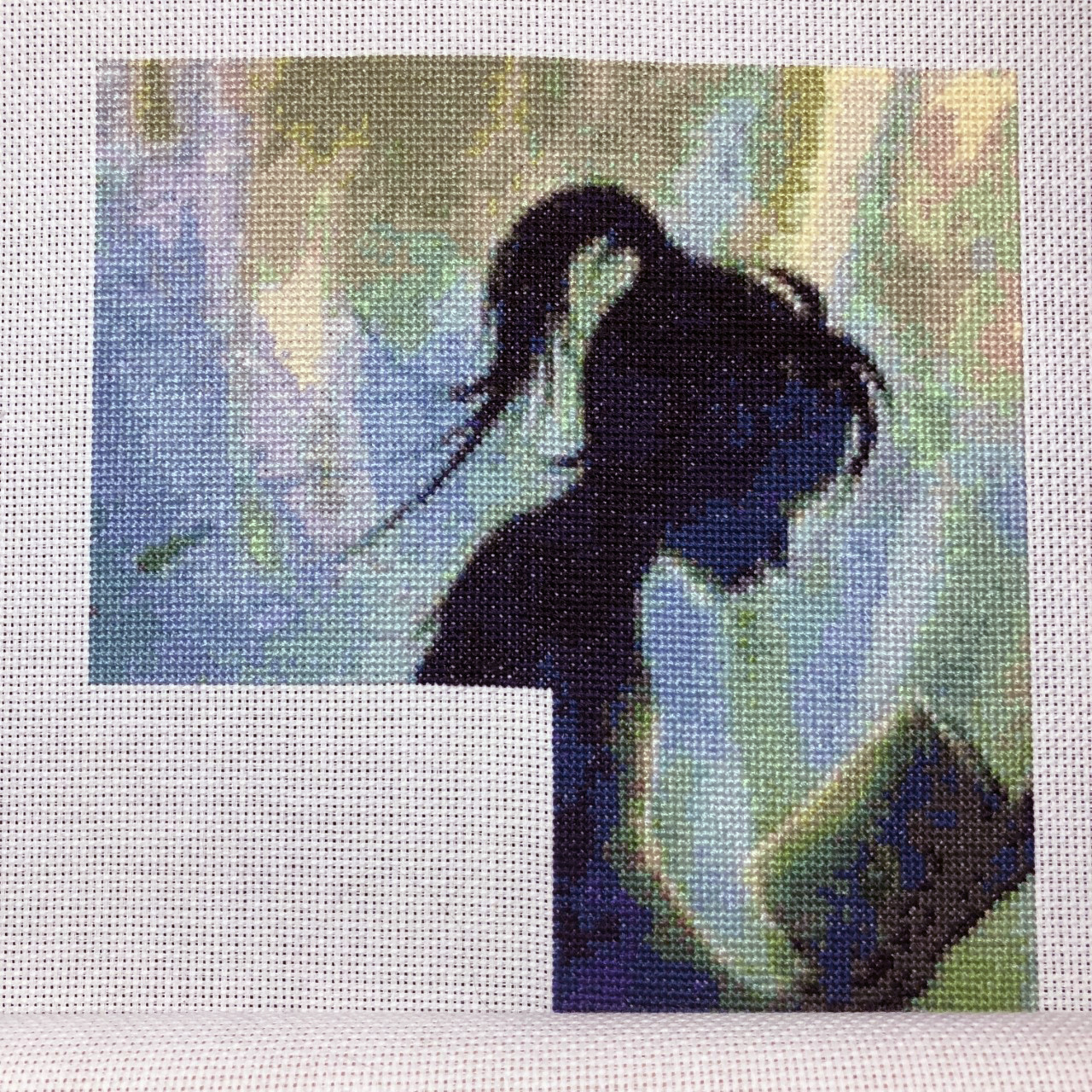 Flosstube Sew with Me 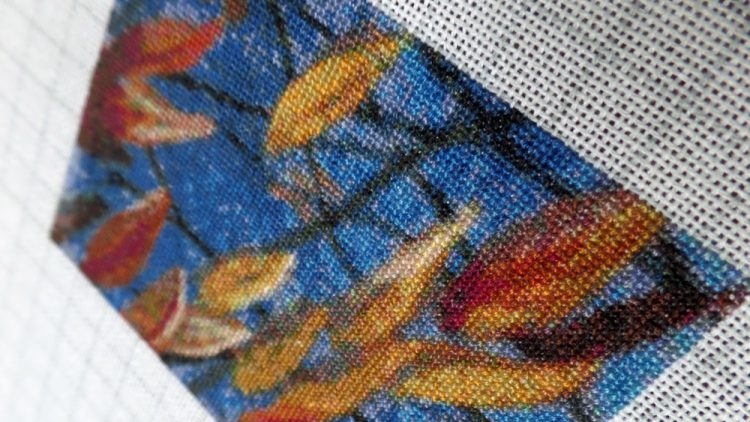