First a Whispers update.  I’ve made good progress this week and finished page 6.  Just one more page now and I will have finished the first row of pages which was one of my yearly goals.  I need a break from those branches now though so I’ve got everything ready and Little Princess is now attached to the stand waiting for me to put some stitches in.  I’m looking forward to getting a bit further with her.  At the moment I’m struggling to swap between projects but I’ve still got so much background to stitch on Whispers that I’m worried I’ll start to see it as a chore rather than something enjoyable.  I really should get back into the habit of swapping after each page.

I’ve also been taking a little bit of time out to do some knitting.  It all started with wanting to knit a hat but I ended up beginning a scarf instead.  Technically it’s summer right now but since they declared a drought the weather has been nothing but overcast so I’m knitting a scarf now in the hope that it will be ready for autumn.  The scarf is a twisty one knitted in a variegated yarn, lots of nice bold colours to brighten up dull mornings.  It isn’t anything complicated so it’s nice and easy to pull out on those evenings when it’s too late to get all of my stitching stuff out.  I have a thicker, winter scarf lined up to knit after this and a hat but I’m tempted by some fingerless gloves to keep my hands warm for winter stitching.   I’ve also been looking at lace knit shawls and stoles so I think next year something a little more complicated will be started. 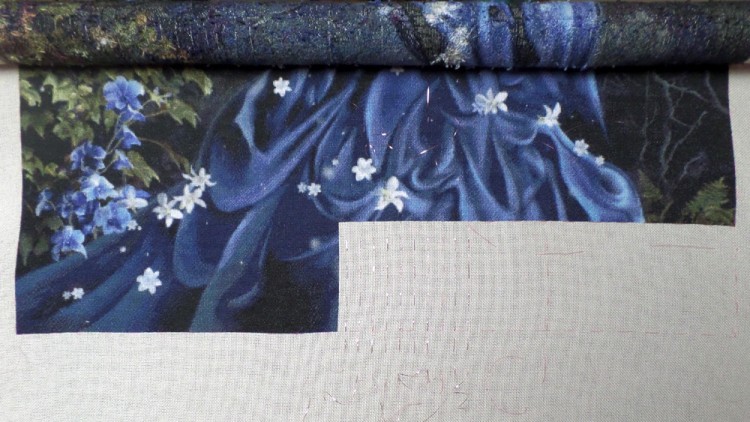 Whispers has a face