It has been a little while since I finished the main stitching of Woodland Enchantress, I needed a bit of a break from her before I got to work on the actual finishing.  It’s funny how I can happily spend weeks and months working on a cross stitch but as soon as I get to the backstitch all the patience I have goes out of the window and there is nothing left but the urge for it to be finished … NOW.

In my head I knew that this one was not going to be quick to finish so I deliberately left it until I had a bit of time off work so I could settle down and get it done with little in the way on interruptions.  Four days it’s taken but finally I am there, tonight Woodland Enchantress joins the waiting to be framed pile.  The backstitch wasn’t too bad, a little difficult to see in places which mostly made it annoying.  Couching was something new for me and not difficult although I did adapt the pattern slightly leaving some bits out as they seemed too squashed in.  Lots of french knots on the head-dress part – I don’t like french knots and there’s a couple of dodgy looking ones in there.  There’s also some beads but I’ve done lots of beadwork before so I can get that done pretty quickly.  I left out the french knots which are meant to be falling snow part of it may have been my dislike of french knots, or it may have been that I wanted to get it finished but the reason I’m sticking with is that I just didn’t like what they did to the picture; personally I think it looks better without them and it’s my wall the picture is going on – when I get it framed that is.

My next project is to finished the Enchanter, not much to go on him now I’m on the bottom part of the frame so when that’s done it’s a quick wash and then more backstitch and beads.  I’m also getting everything prepared to start on a Heaven and Earth Designs quickstitch, that one is going to take some time to do but at least it doesn’t have any backstitch. 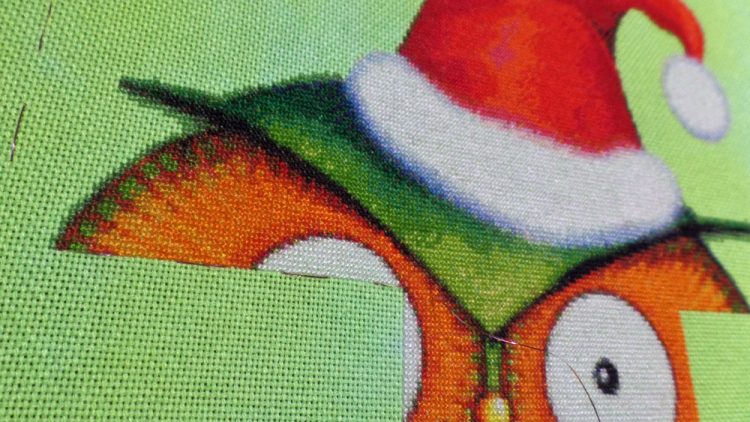 A Stitch in Time End of Rotation