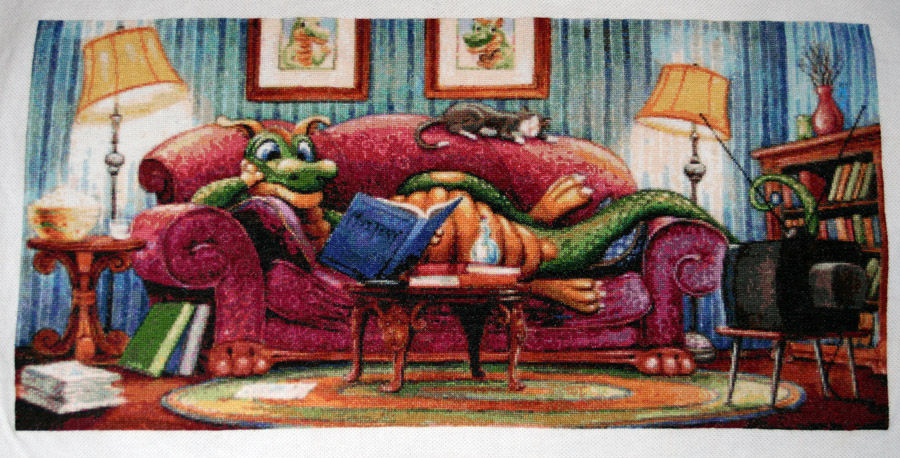 I’m just no good at judging how long something is going to take.  I was sure that it was going to take two weeks to get him finished but in less than a week I stitched that final page.

He’s had a wash and dried overnight and all of the magic guide grid lines have washed away (it was a very nervy wash just in case they didn’t disappear).  He’s looking gorgeous and now will just need to go to the framer which may be a while because it’s so far away but after the beautiful job they did with my other pictures I really don’t want to do the framing myself anymore.

Next is finishing my first page on Eternal Promise and then I’m going to have a go at finishing my last two yearly goals which is one more page on Computer Catastrophes and half a page on Mini Lost In You.  All of my stitching bits and bobs for Couch Dragon have been tidied away (I was at a bit of a lose end last night once he was finished and washed) so I’m ready to get straight on this afternoon. 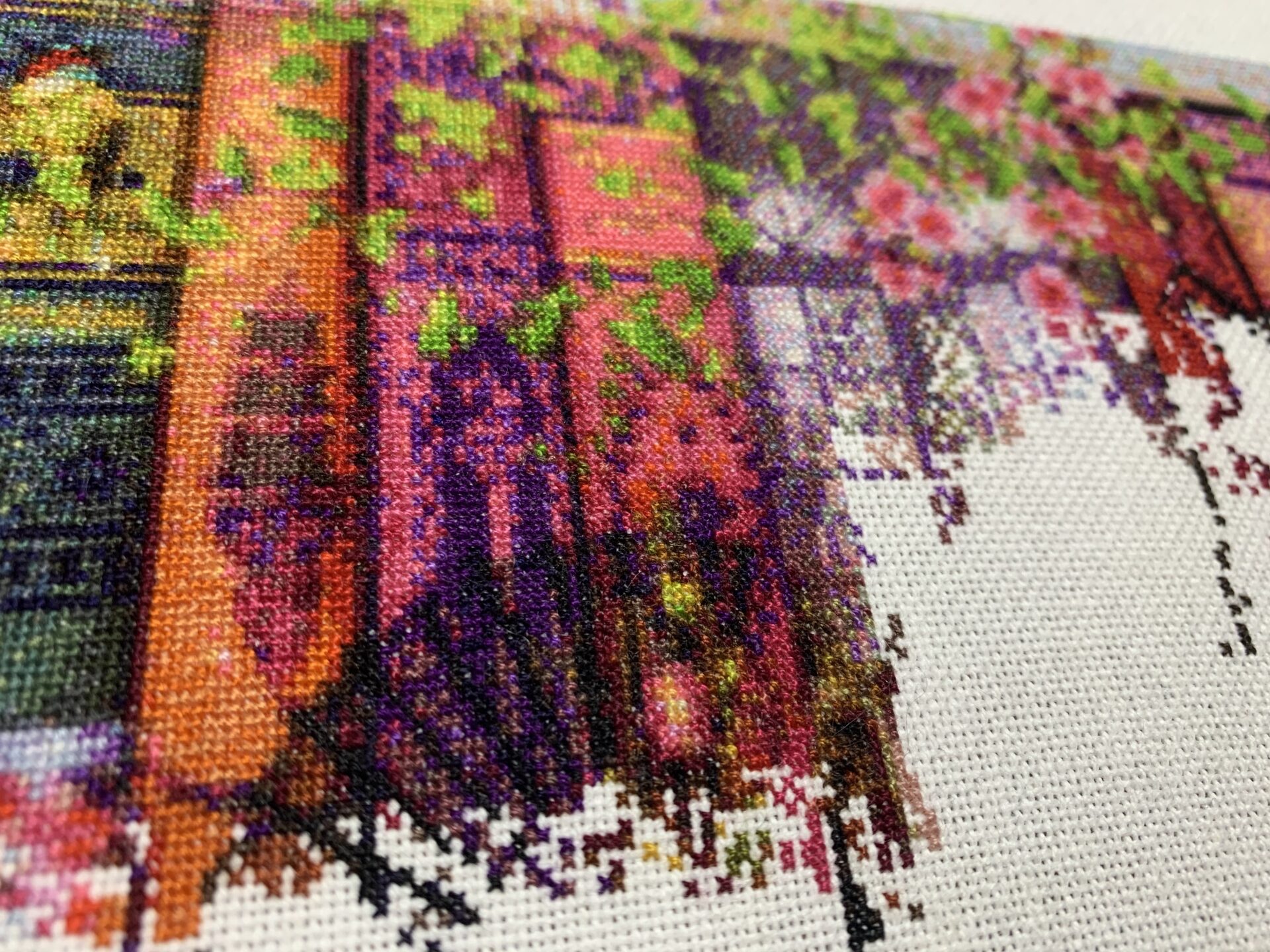 A Stitch In Time December 2020