It took me all week to do it but I’ve finished another page on Train of Dreams.  It has been a very slow week for stitching this week, partly because it has been a very busy week at work but mostly because there was a lot of colour changes in the last few columns.  But it’s all worth it for the detail, the gems on the book seem to shine and I love the quilt that it covering the second little dragon.  There’s only two full sized pages left for me to do now the rest are all partial pages, now when I look at the full piece of fabric the amount left to stitch seems very small.

I’ve decided that since I’ve stitched two pages on Train of Dreams I’m going to allow myself to spend some time getting started properly on Whispers.  I had only done a few columns before the stitch along week started and I haven’t picked it up since.  There’s a lot less colours in the area that I’m stitching so it will be nice to have a break after all of the colours in the Train.

I have a jar that I’ve been keeping the ends of my threads in, trying to be tidy rather than just leaving them on the arm of the sofa.  It’s looking very colourful and filling up so I think that on new years eve I shall take a picture of it and then throw the threads away before making a start on filling it again over the year. 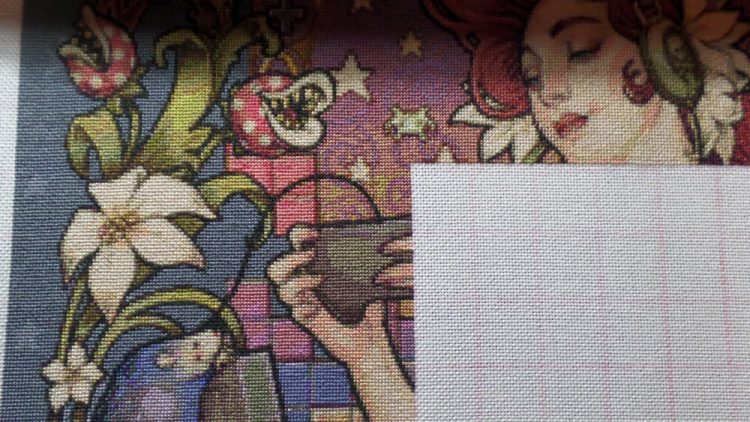 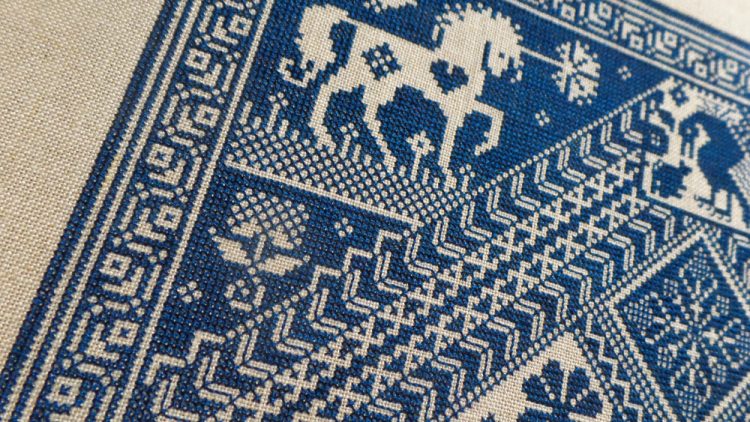