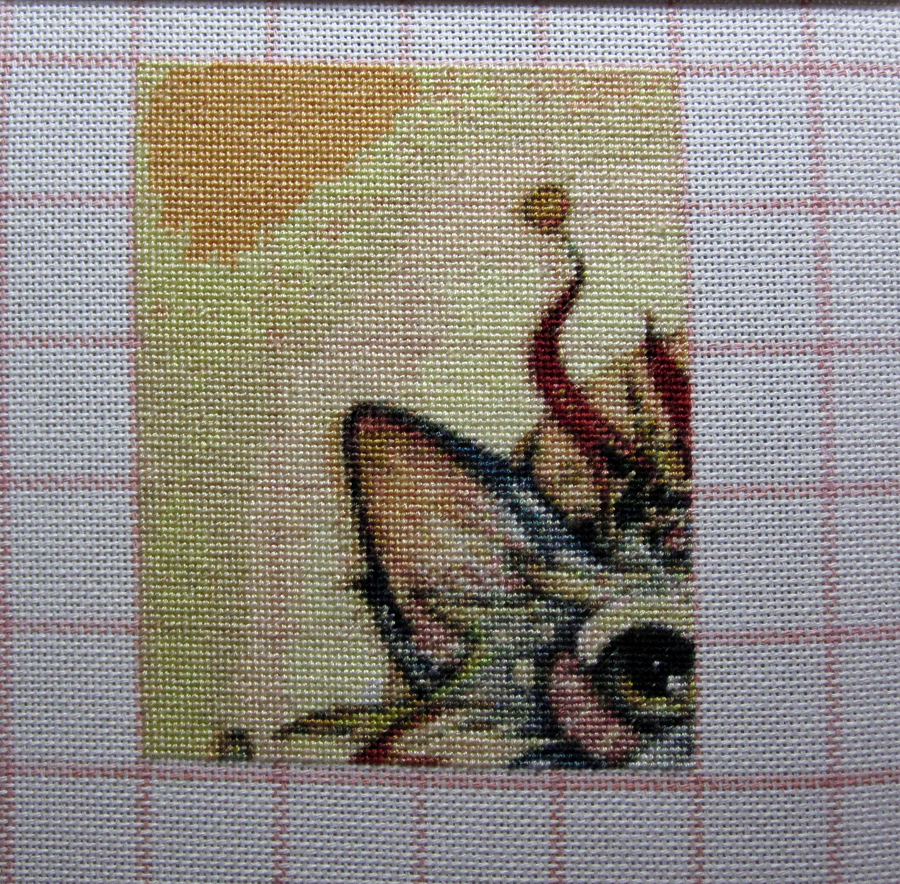 September seems to have been an especially busy month for me with very limited stitching time available.  I had hoped to be able to do an update on Computer Catastrophes but I’ve only had 3 or 4 nights to work on it since getting it back onto the stand.

Instead I’m going to share an experiment, it meant a new start but I can live with that.  I finally got round to starting QS Arthur but I decided to give tent stitching another try.

I was working on it on days when I didn’t feel like I had a lot of time to work on Whispers and it was going so well I decided to get the page finished before moving onto Computer Catastrophes.  It’s a mixture of tent and continental stitch which on the front looks like half a cross stitch, the difference is on the back.  It ends up that way because I like to bring the needle up in an empty hole and put the needle down into a whole which has already been stitched.  I’m using two strands on this and the coverage is going well at the moment.  I’m using 25 count magic guide fabric and I found that there was a little shrinkage in the fabric when it is washed so I try not to worry over much about show through.

The experiment is going well at the moment, I like how it is working up but it’s a bit early to say whether or not I’m a total convert at the moment.  Once this one is finished, washed and framed I’ll be able to do a proper comparison. 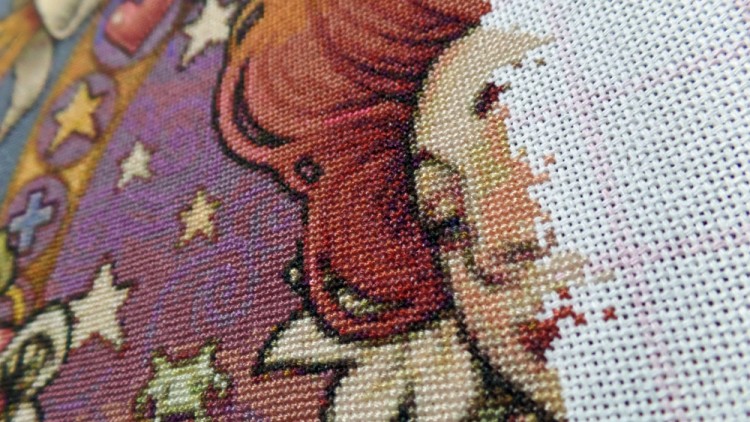 The Gamer End of April Rotation