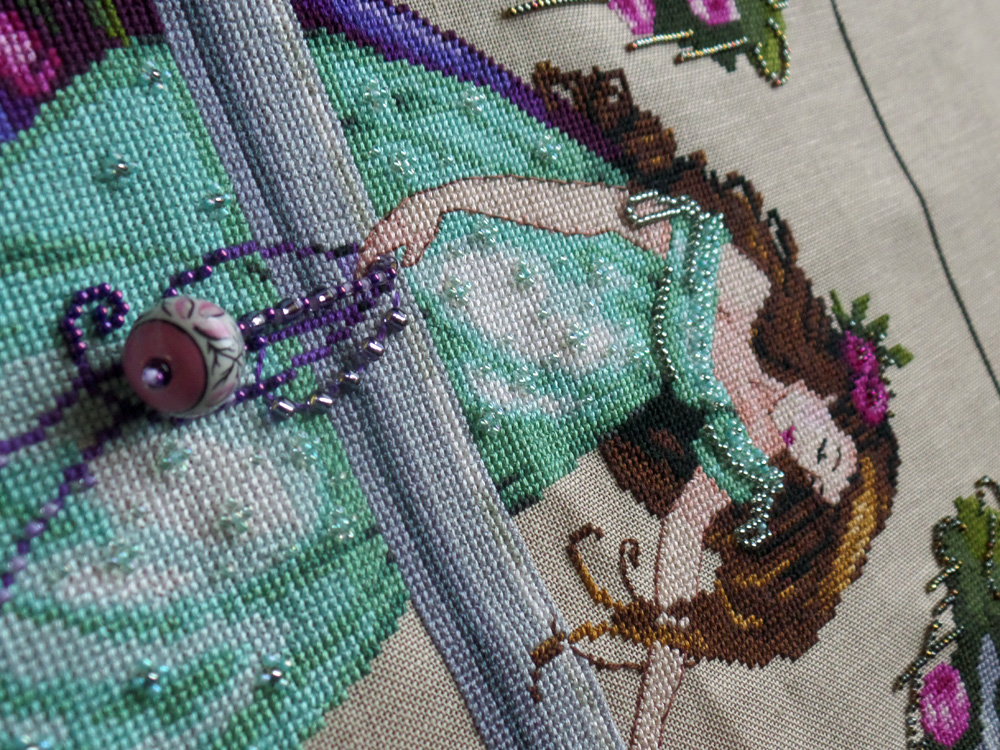 One of the pieces that I don’t often blog about, I should really because they’re other things that I stitch and I’m sure that people would like to see them.  I do put lots more pictures on Instagram and they can also be found on my flosstube updates but in terms of blogging they only seem to get picked up when they’re finished.  I will have a think about when to put more updates on about them.

Anyway this is Wherefore Art Thou by Mirabilia, she was a mystery chart for 2016 and although I didn’t find out about it until after it had started I was able to purchase the pattern once all of the parts had been released.  The project was started on 30th May 2016 and I mostly worked on her during the mornings of the weekend and later on mornings whenever I had holiday from work.  I stitched her using DMC threads, details are also given for an overdyed thread alternative.  The stitching took 54 of these morning sessions and then another 2 sessions were needed to get the beading done.

That bead is going to make it difficult to frame her behind glass, I have thought about a box frame but I may end up framing her without glass rather than have her set back in a frame.  For now I’m switching projects around and weekends will be for a Long Dog Sampler piece that I was working on during the week and that evening space will be free for me to spend some time on Santa Owl.

Is it nearly summer?