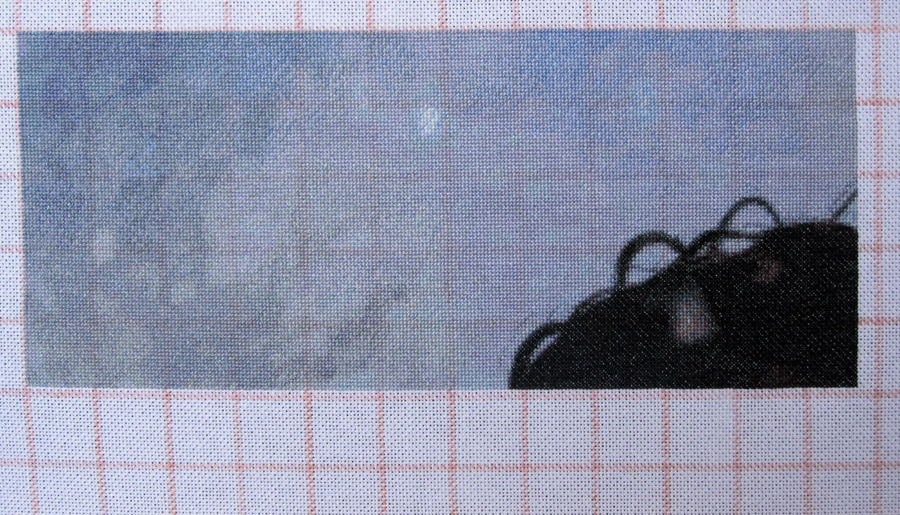 The warm summer weather has finally decided to put in an appearance so it feels a bit odd to be stitching flakes of snow.  More of Snow Girl’s hair has appeared and I’m now at an interesting point of lots of colour changing around the curls of her hair and where the snow flakes have landed on her hair followed by several hundred stitches straight of black.  I really like how it’s turning out though.  At least it isn’t so hot that I don’t feel like stitching, perhaps it’s the snowy colours helping me to feel cooler.

Next up is another page on Computer Catastrophes.  It isn’t quite a full width page as it’s the end of a row but a busy week coming up so stitching time will be quite limited anyway.  I was tempted to just carry on with Snow Girl but that was until I started to hit the big patches of colour blocks, now I’m looking forward to something more colourful. 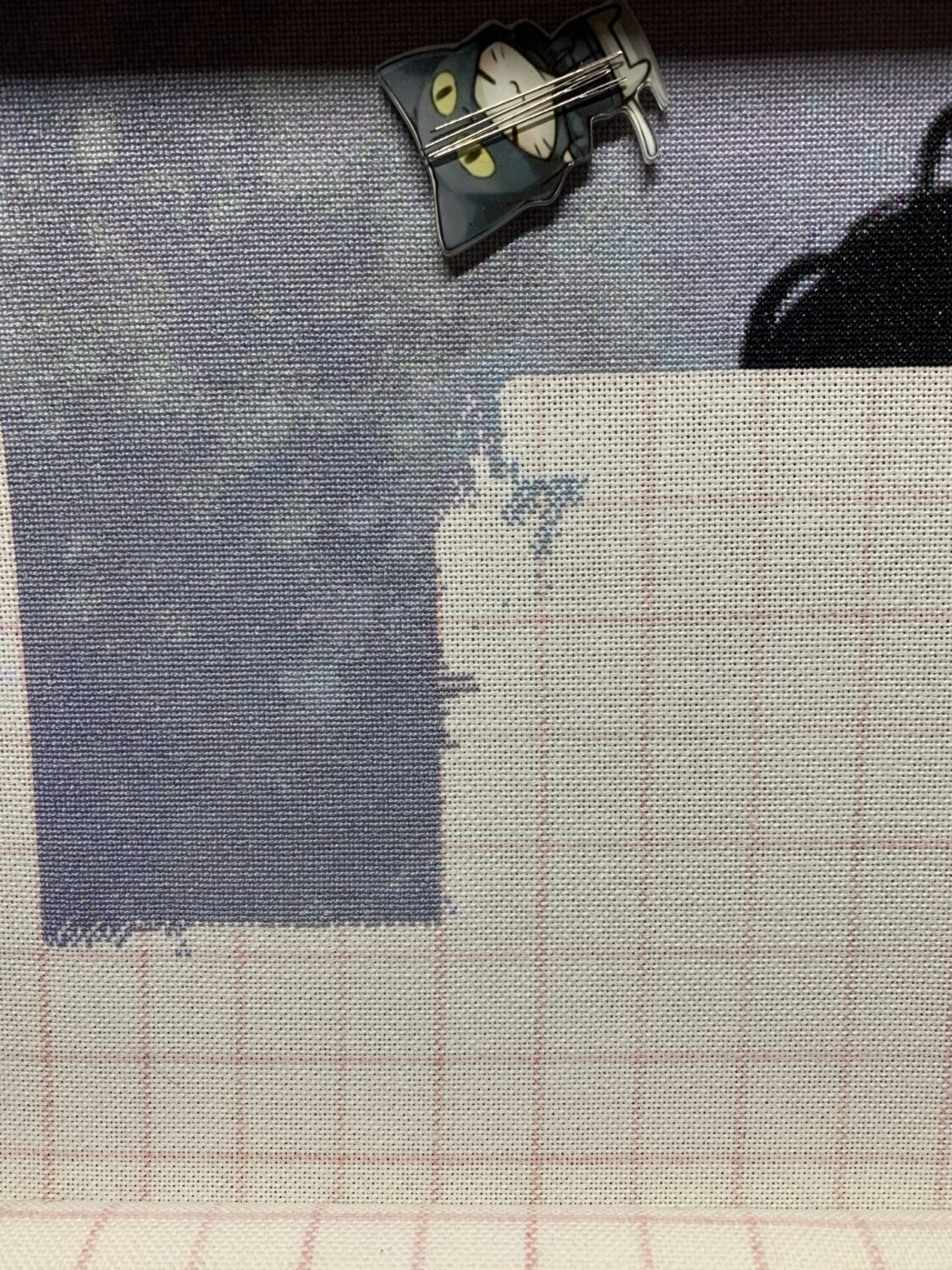 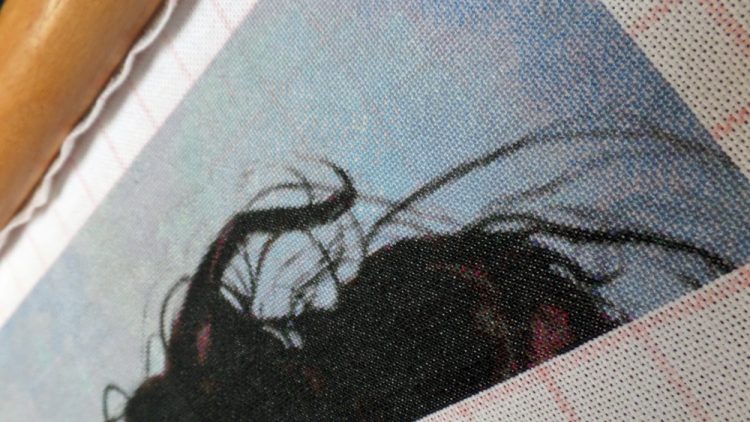