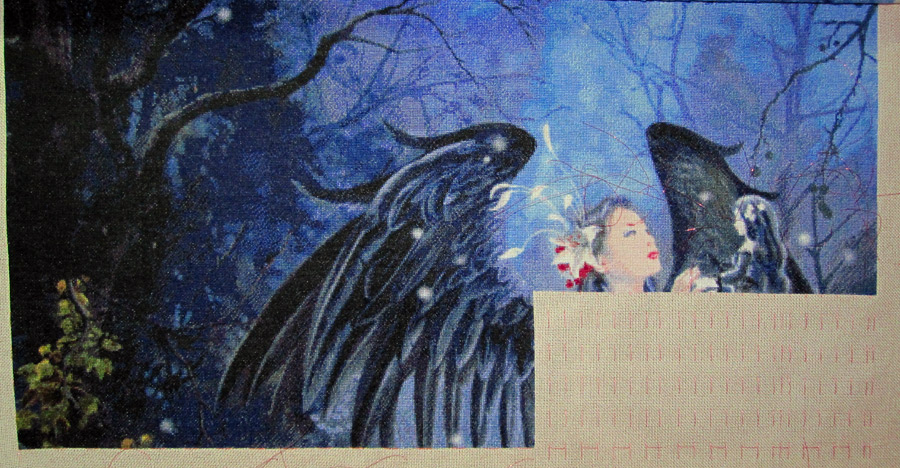 So summer has finally decided to make an appearance and is trying to make up for lost time.  As usual it’s my sewing that has suffered from my feeling too hot and stuffy to get much done.  But even though it’s been two weeks of work I have had a few nights where I gave up completely and decided to do some knitting instead.  I can sit near a fan when I’m knitting but when I’m sewing the threads just blow everywhere.

So this page has been a lot more trouble than expected but now I have most of the wings finished and I’m getting towards joining her head to a body.  I’m not expecting it to fly though, the hot weather is meant to stay for another week yet.

I might have played around with the colours a little too much trying to make up for taking the picture in poor light but it does give a better idea of how she’s looking; she looks a bit pale in most of the photos.  I’m going straight on with page 26 now before deciding whether or not to swap back to Computer Catastrophes

Rotate or Not Rotate