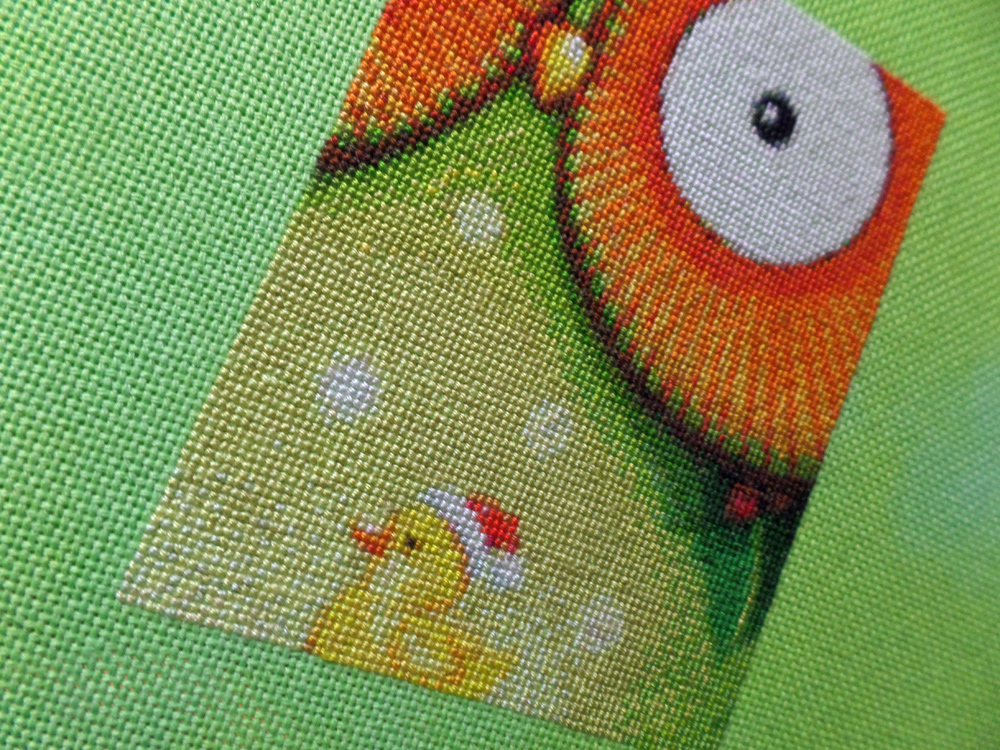 It’s been quite a while since I’d done any stitching on the background of Santa Owl especially after I started stitching a sampler on Wednesdays instead of spending the time working away at the green.  Then in September I found a hand-dyed fabric that looked like a perfect match for the green of the background but it was still November before I made up my mind to make the change.

Now I’m not going to be changing the focus pieces in my rotation.  Gamer and Into The Sea remain on the main two week rotation.  But it was Christmas and I had just finished a page on Into The Sea a few days before the rotation switched to Gamer and there was an odd week at the end of the Gamer rotation and the start of the New Year and well it’s just better that the next rotation would start at the start of the year and that would coincide perfectly with the next Heaven and Earth Designs challenge on the forum and facebook group.

So everything was telling me to restart Santa Owl.  I re-started him on the 3rd December and spent the odd evening on him whenever I could.  The week gap in rotation just happened to be Christmas and a few days off work so the day before New Years Eve I finished the first page.  I’m working him from the centre because I’m going to be removing the charted background as I go.  I think that it is also the only page that is fully stitched, although there may be another if I decide that I’m going to stitch the shadow that is underneath him just to ground him on the fabric.

Working the orange colours is fun and there’s a lot of yellow on his tummy, stitching green on green is interesting as well.  But at least I got to stitch one of the christmas ducks and a bit of holly leaf.  And the other good news is that the winter white (dmc 3865) covers the green of the fabric nicely.  First page done and he is being put away for a little while, I have a plan to work on him on some weekends but I have another piece that needs to be finished first.  Progress will still be slow but at least it feels like I’m making some progress now.

I know I said I wouldn’t 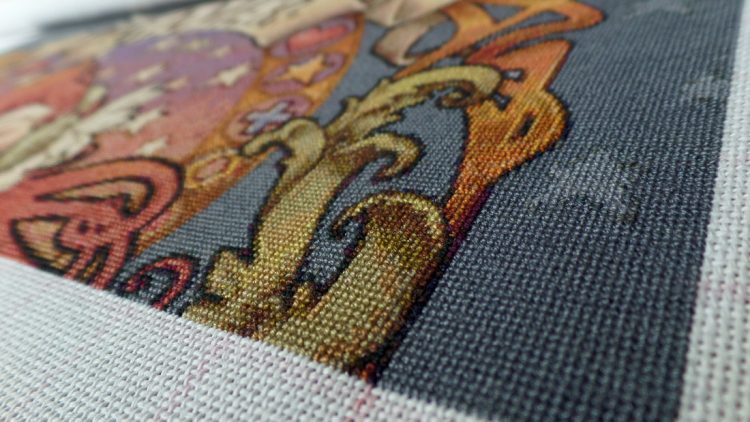