It’s nearly the end of the year and I’ve completed all of my yearly and half yearly stitching goals.  One of them was to just get a few pages done on Little Princess but I ended up completing her which might have caused me to not get the extra pages done on Whispers.  Thanks to some handy time off work though I’ve caught up and stitched a page in a week (that’s not going to happen again for a long time).

To celebrate I’m going to now do a couple of pages on Computer Catastrophes.  There’s some big blocks of black so it isn’t going to be much of a break from the colours in Whispers but there is a kitty face to look forward to on page three.

Not sure what I’m going to set as a goal for next year.  I’m unlikely to finish either of these two as they are both fairly large.  I think I might sneak another of the Faces of Faery in at some point in the year, perhaps April as it starts to warm up for spring.

Christmas soon and I’m not sure what treat I shall be getting this year.  Technically I’ve already had it in the shape of my system 4 stand but I wouldn’t mind some new scissors as my current ones have developed a bit of a blunt spot.  I should be getting some pictures back from the framers soon, they will probably count as a present too. 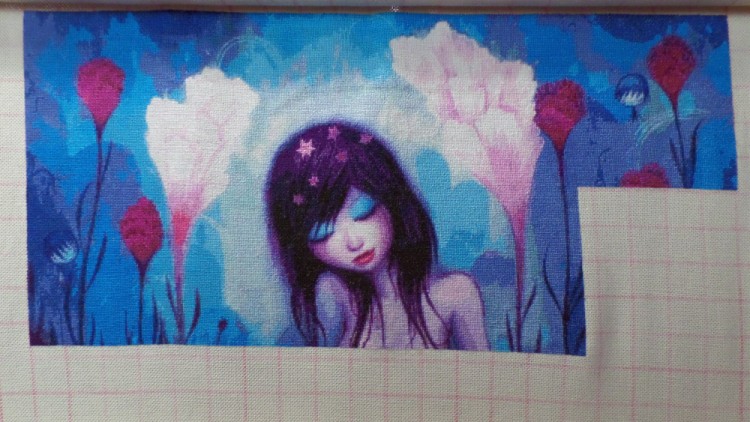 Into The Sea page 10