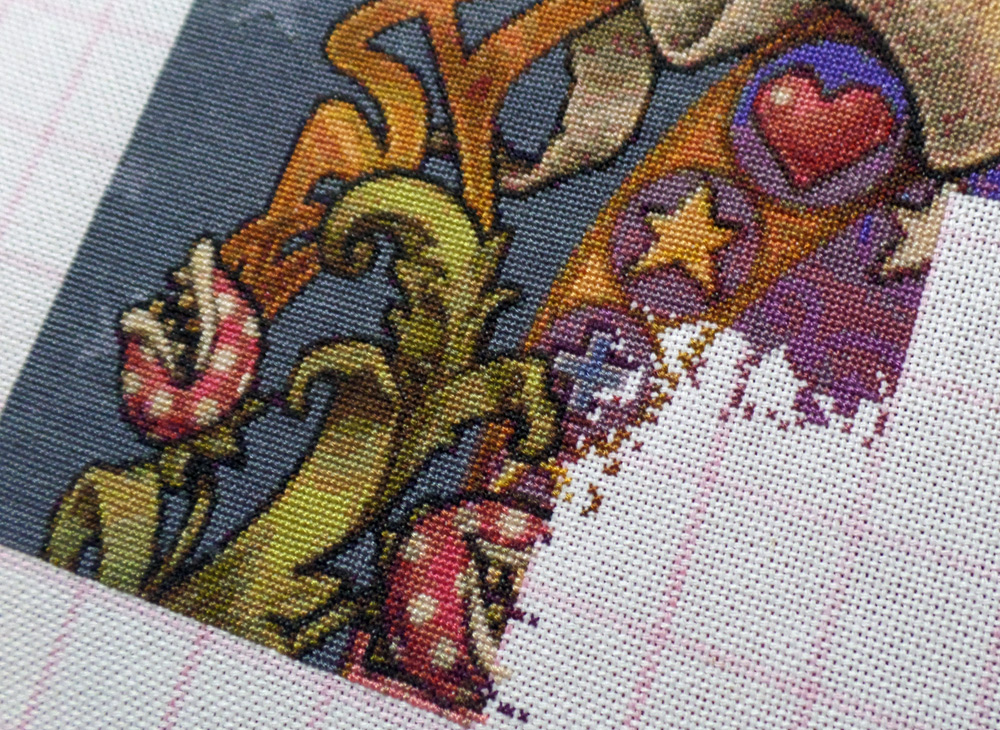 I think that I can happily say that a two week rotation is the right length of time for me especially with these two confetti heavy projects that I’m currently switching between.  During the second week on the gamer I was beginning to get bogged down with it and felt like I was getting nowhere so I had a small break and spent a couple of evenings working on a completely different project.  I’ll share a picture of that one in a later post.

The stitchy session after that break was amazing, it felt that I got more done in that one evening than I had been doing before the break – I might have been in an easier area but the break made me feel better.  So the rotation finished with me being a good way through page 8 and I’m fairly confident that I can get the page finished during it’s next rotation.

Now I’m going back to A Stitch In Time for two weeks and that one has so many colour changes, I’m on the second page and I’ve already used 84 of the 87 colours so I might need a break during this one too.  As it’s easter at the end of this week I’ve got some extra stitching time to make the most of.