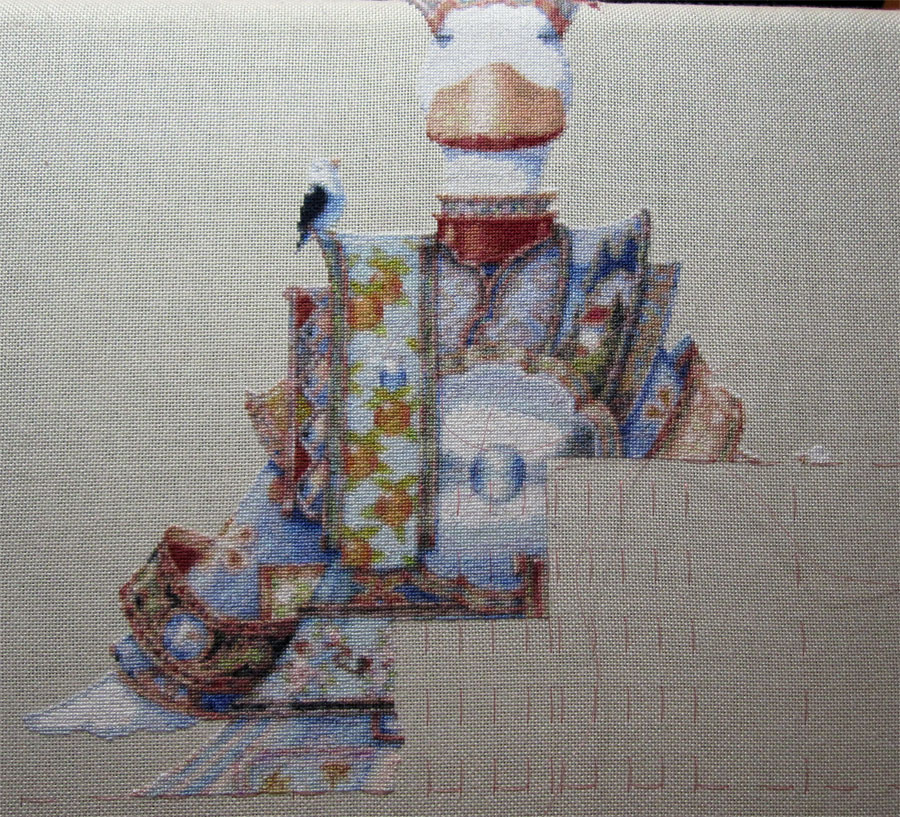 I’ve been carrying on with Little Princess this week finally getting onto the only page which is full of stitches.  Of course it’s full of detail so full of changing colours but she’s looking really gorgeous now so I don’t mind too much.  It was nice to spend some time on the central bit of her dress as there’s some blocks of colour there but I did make a teeny miscount and had to unpick a lot of the white.

I should be swapping to the freebie stitch along this week but I couldn’t put the duck down so I’ve decided to get this page finished and then decide whether to pick up Curl Up as a break between the two fuller pages of the Little Princess.

The concentration rotation is a bit of a success.  I feel like I’m getting more stitching done rather than wasting time constantly swapping things around but it could just be that I’m seeing more progress just because the one project is constantly growing.  The downside at the moment is that I’m missing Whispers.  The main challenge to this new rotation is resisting new starts and there was always going to be one design that HAED could release that would make me want to put everything else away.  It got released last week and although I bought it immediately I’ve managed to resist starting straight away.

Flights of Imagination by Randal Spangler it’s going to be the perfect partner to Train of Dreams.  The only thing stopping me is I need my needle and thread organisers so if I concentrate on Little Princess and get her done then I’ll have a set of organisers freed up.  Hopefully I’ll be able to get started on Flights of Imagination at the beginning of next year.  Poor Whispers, if this new one is anything like the train then she’s going to be waiting a little while longer for some attention.

Back from the framers