Feels like it has taken ages to get this page done on Couch Dragon.  I worked two pages to get the top row finished but as the second page was only 12 stitches wide it felt silly not to stitch it on this turn of the rotation.

Finally I’m finished with most of the wallpaper but there was an unbelievable amount of colour changes in the bookcase so I didn’t really speed up at all getting that done.  I think that I’m actually looking forward to working on the block of black that’s waiting for me in Computer Catastrophes.  I’m sure I’ll change my mind once I actually get started on that.  I’m already thinking of ways to divide it up.

While there are three rows of pages in Couch Dragon I’ll be stitching it as two rows.  The third row pages only have 10 rows of stitching on them so I’ll work the second and third row of pages together.

Now that I’ve finished the first row the plan is to carry on with Couch Dragon as the focus.  For now I’ll be swapping after each page with Computer Catastrophes until I’ve reached the middle of the row on that one which is only two more pages.  After that instead of Computer Catastrophes I’ll swap in Whispers for three pages, by that time the end of Couch Dragon should be in sight. 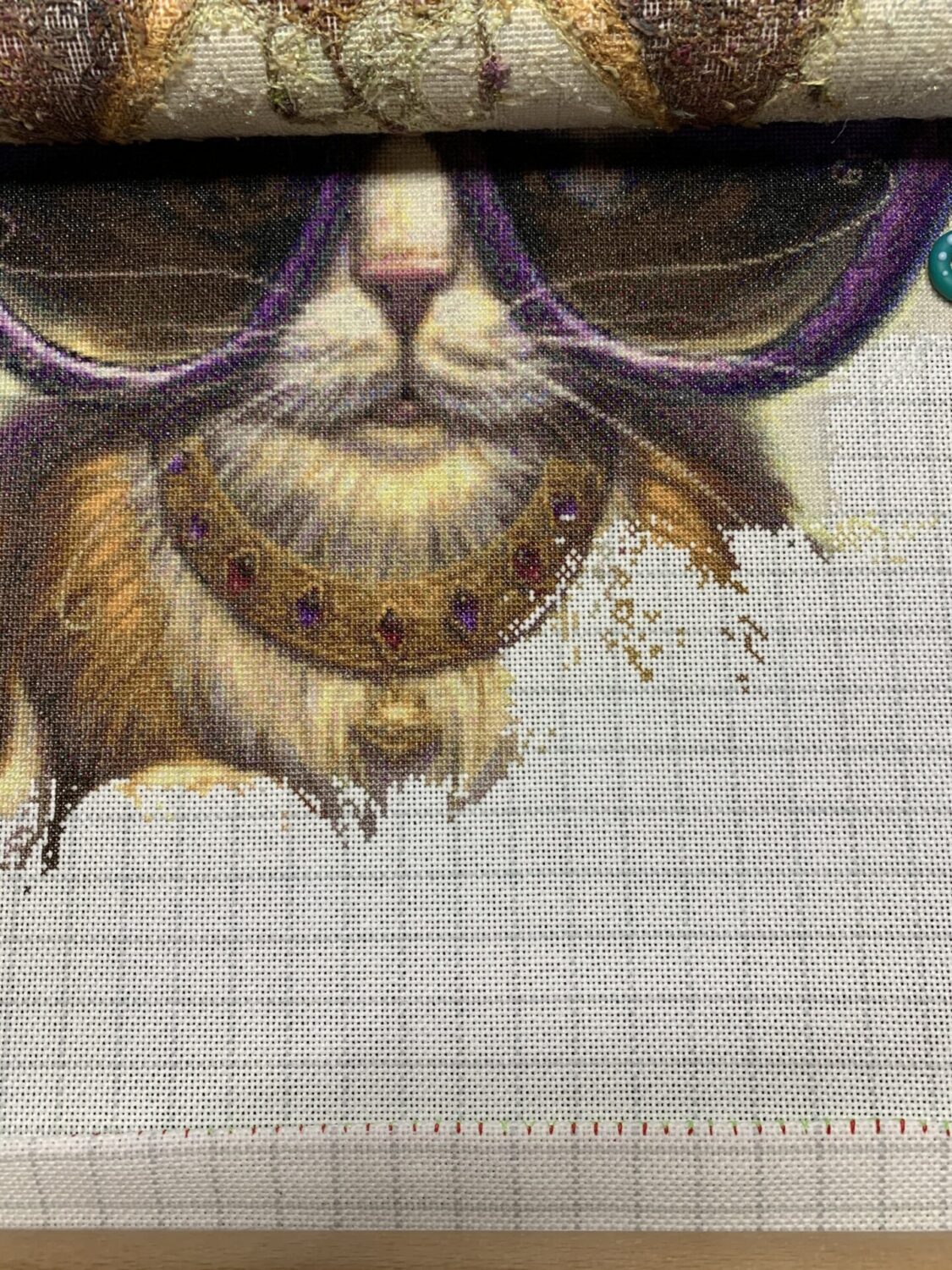