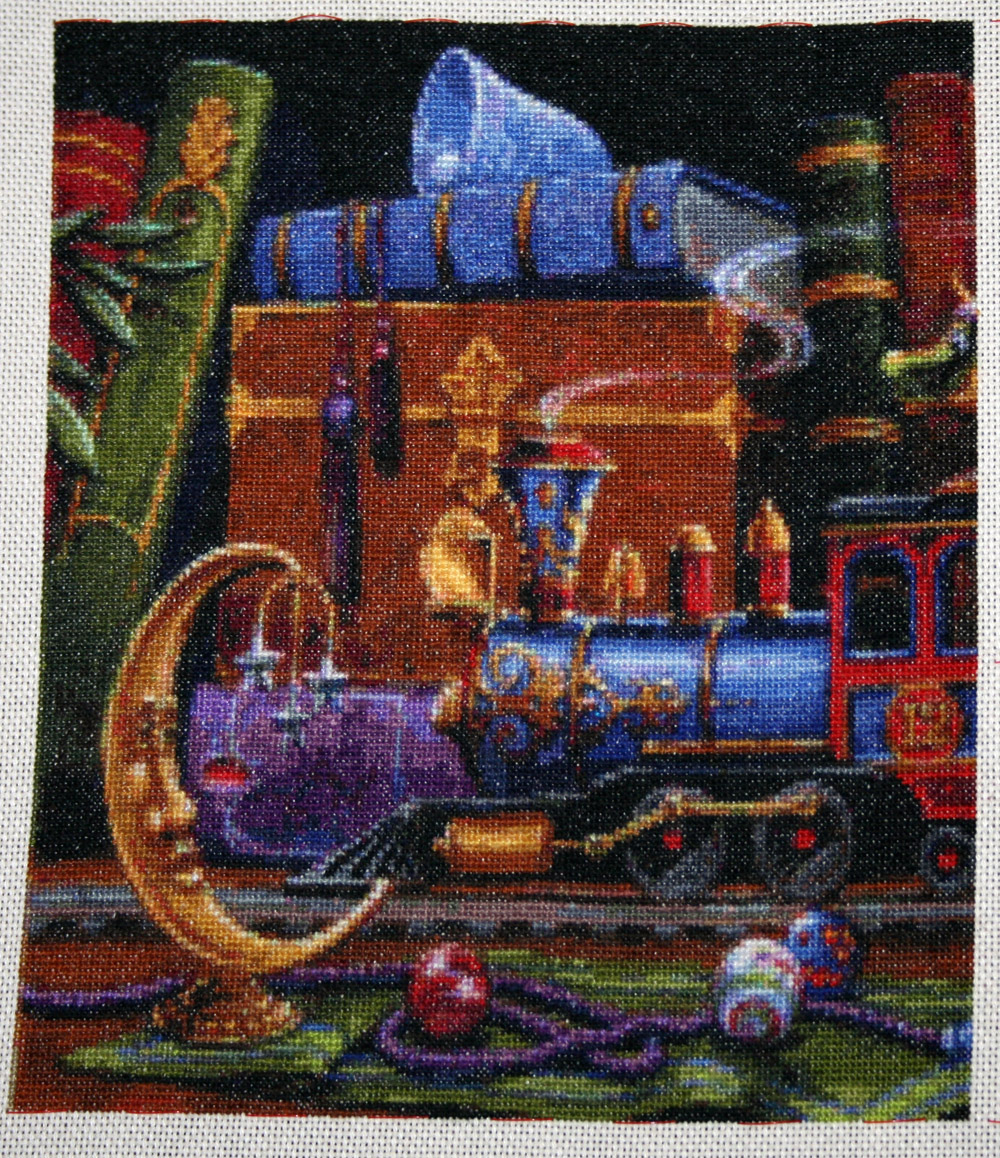 Yes I’m about 25% of the way through the Train of Dreams, this week was week 9 and I now have 4 pages complete so only 12 pages left.  If you say it quickly it doesn’t seem quite so much and I’m ignoring the tiny pages at the end which is probably just a columns worth of stitching so it’s about 14 pages really.  At last the dragon is making an appearance but you might need to squint to see him.  I think he looks excited riding on the train, I was excited to see his face emerge as I stitched.

I have lots of available stitching time at the weekend and next week and I’m going to spend most of it working on the train, it’ll be good to see more of the dragon appear.  Lots of confetti stitches dotted around I imagine because I’ll be stitching more of his nightcap.  I’ve tried to take some picture of the details in the sewing and I’ll post them up as soon as I have them sorted out and sized.

Update on the Train